Celebrating Tupac Shakur on What Would Have Been his 49th Birthday 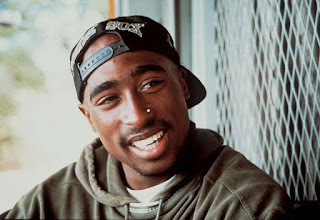 24 years ago the world lost a great talent. Although his career lasted a span of five years his influence continues to last a lifetime and in today's climate we are listening to Tupac's words more than ever. The slained rapper influenced the world with his words in The Rose That Grew From Concrete and his discography that exceeded 14 years past his death.  While there are many speculations that the rapper is still alive we continue to celebrate him on his birthday where w he would have been 49 years old.

Let's look at the top songs that reflect on the current situation today.
What is your favorite Tupac song?
Tell us about it and hashtag #DTFRadioMediaHub


George Floyd, the Minnesota man who died after an officer arrested him putting a knee to his neck died by homicide according to the autopsies that were released early Monday morning.  While one autopsy reads homicide by asphyxiation the Hennepin County Medical Examiners office stated that Floyd died of "cardiopulmonary arrest complicating enforcement subdual, restraint, and neck compression. With the manner of death was ruled suicide the office notes "it is not a legal determination of culpability or intent " Both autopsies contradicted the preliminary report from the prosecutors which revealed no physical signs of traumatic asphyxia.

What are your thoughts?
Follow us everywhere @dtfradio and hashtag #DTFRadioMediaHub

The Weeknd Collaborates with Doja Cat for In Your Eyes Remix

The Weeknd does it again with yet again another controversial remix. Abel known for his dark explicit songs and falsetto voice put out the In Your Eyes Remix featuring Doja Cat.  Many complain that the 24-year-old singer/rapper was not a good fit. The same arguments were made in 2015 when The Weeknd released The Hills Remixes with Eminem and Nicki Minaj. The Weeknd is known to think outside of the box in terms of his features as if it was a sinister scheme or a master plan. In this case Doja Cat adds to the 80's trapped in Vegas-style music.

What are your thoughts on this?
Follow us and tell us everywhere @dtfradio and dont forget to hashtag #DTFRadioMediaHub

Tee is now a member of DTF Radio
8 hours ago
Welcome Them!

Buttahfly is now a member of DTF Radio
yesterday
Welcome Them!